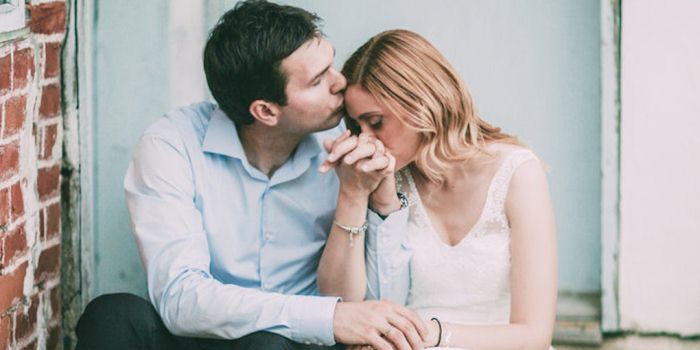 The art of knowing how to impress girls cannot be learned over night and has to be worked on for a long time till you can perfect your moves. Those men who have recently got out of a long term relationship might find it difficult to get back into the groove without first understanding the changes in the dating scene that have come about during their absence.

It’s never easy to understand and fathom what’s on the mind of a woman. Women are unpredictable and emotionally much more complex than men are. Every woman has her own behavioral quirks and character traits that are unique and generalizing the lot can always put you at a disadvantage.

The good thing is that you needn’t try to figure them out in order to have them. Those that have tried understanding women have done so at their own peril. You can learn how to pick up girls without understanding them.

You have plenty of options

There are many fish out there in the sea and for a man who wants to enter the dating scene it is important to know what kind of a girl he wants to pick up. If it is a casual affair with no strings attached that is meant purely for having fun, it is advisable to learn how to pick up girls who are open to casual flings. On the other hand if you are someone who is dedicated to having a long term relationship there are an entirely different set of rules.

What do you want?

If the idea is to find a girl with whom you can have the possibility of a long term relationship, then you have to play by a different set of rules where your priorities are different. First thing to do is find the right girl. Once you have found her you can put the new set of rules into play in trying to gain her attention and to having her in your life. The rest is all about learning how to pick girls who are so inclined.

In the first instance where sleeping with a girl is more important than having a relationship, you don’t have to pick and choose and can devote all your energies to target such women who would be open to the idea with lots of casual flirting and seductive maneuvers. If you have the gift of the gab, you stand a fair chance. In this situation you need not be completely honest with the girl as your idea is to seduce her for a different reason and impressing her can be either by hook or crook.

The approach for seducing those girls with whom you just want to sleep is to be openly flirtatious and letting them know through your amorous advances that you intensely desire them. This can be done through sexual innuendoes that could be subtle or obvious depending on the situation. The women who frequent rowdy pubs and discotheques and get drunk and are easy to woo are ideal for this sort of approach. Most of them come to these places mostly to have a fun time which includes a bit of rolling in the hay.

Having a good humor sense helps you gain the initial leverage and from there on it is all about smooth talking them into taking the bait. Some could already have made up their mind about sleeping with you and just need to be coaxed along. Subtle and not so subtle passes can be made and would be accepted. These women do not worry about reputation or have any qualms about sleeping around. In fact most of them hope to do just that by responding to your advances.

If you want to seduce decent women who themselves are not interested in casual flings and are on the lookout for a serious relationship, you need to have a honest approach. They key in knowing how to pick girls who are decent is to be yourself than someone else whom they might like. If you spin a web of lies and spin yarns, the initial success that you achieve might turn into bitter failure when they come to know the real you. You should take every precaution not to come across as a player even if you are one and to get to know them better rather than thinking of sleeping with them.

Do you have an inferiority complex?

Every guy knows how difficult it can be to get girls unless they have mastered the tactics of seduction the work just about every time. There are a number of things which hold us back most times and these need to be overcome if we want to succeed. Read on if you want to know how to impress a girl.

The biggest issue is the fear of rejection and lack of self confidence that causes it. This is why many of us don’t approach girls in the first place, simply because we lack self confidence. Women tend to like guys who are self confident that this is certainly not the whole story and there is much more to it than that.

Many guys also have an inferiority complex, only keeping an eye on the girls that they consider within their grasp. That is to say, that if you are an average looking guy, you are probably going to be looking for girls are you consider to be average looking as well.

This is one of the biggest problems, being afraid to name what you consider to be too high. If you see that stunning girl in the bar and you are saying to yourself that she’s completely out of your league, then this is a grave mistake.

Women tend to be impressed by confidence and they also like the anticipation of a guy who dares. If you go about things right way, there is no reason at all why you shouldn’t be going for any woman you have your eyes on. This is where many guys fail when it comes to how to get girls and there is nothing worse for a girl if she has the impression that you are only going for her because you consider her to be within your reach.

Women are also impressed by popularity. Even if you are not particularly popular, in order to approach a girl, you need to make sure you have an aura of perceived popularity and this goes hand in hand with not paying her too much attention.

Virtually no women like pushy guys so make sure you tread carefully and don’t be overly affectionate. In fact, make sure your interest is entirely discrete as this keeps up the anticipation. If you want to know how to get girls, then you need to realise that anticipation is one of the most important factors.

Women absolutely love anticipation. Teasing them by making the anticipation increase will be sure to drive them crazy. You should also pay attention to her body language to see how she is reacting. Remember that the majority of communication between humans is body language and eye movement.

While you should certainly flirt and flatter woman you are interested in, it is very important to keep it discreet and keeping to a minimum. You need to stand out from the crowd and is nothing more doomed to failure than coming across as just another guy hitting on her.

Amazing First Date Ideas That Are Cheap and Fun