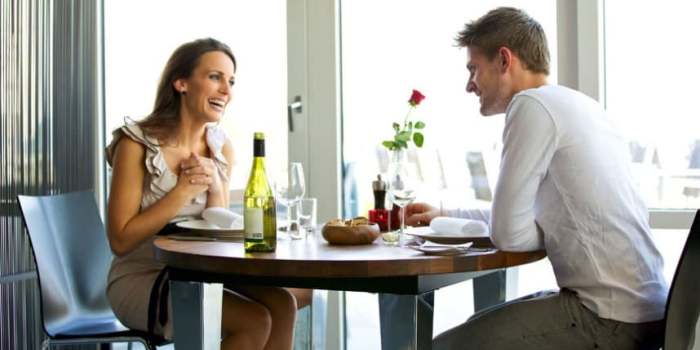 I have dated many older women and I assure you that dating them is unlike any other dates you have ever been to. If you are interested in dating women older than your generation, here are my tips for you to have a smooth and successful first date with her and make her want a second date with you.

If you want a successful date with an older woman, you need to act her age. Stop all your childish antics and show her your serious side. Older women want men who are in control of their lives, who have plans, and who are serious about life. The dating game should be over if you want her to take you seriously. Older women have been through a ton of issues in their lives already so she is already very stable emotionally, mentally and financially. She would want someone who is about the same level of maturity that she is. Many older women don’t want to take care of a baby (which is you) so if you want your first date to be successful, you need to act her age.

Dating someone older than your generation could mean dating someone who is already established in this world and someone who is already on her way to achieving her lifelong dreams and plans. So, it is likely that she will want to date someone who shares the same status in life. She will want to know your plans in life and how you are going to achieve those plans. Promising her many things isn’t going to work. Buying a big house someday, a luxury car someday and traveling the world someday has worked for me when dating younger women. But I tell you, it won’t work the same for older women. All of these “someday’s” will work for younger women since they will most likely don’t have a concrete plan in life like you do. But older women want to see progress and development in achieving those promises. Telling her all the “someday’s” won’t work to your advantage. It might even damage your relationship with her. Instead, tell her honestly that you are saving up to buy this house that you have been dying to purchase since you saw it. Or, places you will travel next to. This way, you have concrete plans that are attainable within a timeframe.

3. Know What You Want

In line with tip #2, you should then know specifically what you want in life, what you want to achieve and how you are going to achieve it. Since she is older than you, it is most likely that she already knows what she wants especially in a relationship. Older women like men who are in control of their lives already thus you need to show her what you want in a relationship and demand for it. If you are just playing around with older women, you bet your playing won’t last long. She already knows what she wants and if she can’t get it, you will see your butt getting kicked out of the door.

If you want a successful date with an older woman, stop your games immediately. Older women are experienced and she can most likely tell if you are being genuine and serious to her or not. You should never play with an older woman. She can hurt you more than you can hurt her. Take my word for it.

Dating someone older than youWhile she may not get totally upset about the most trivial craps that younger women do, she is still a woman. You need to recognize her feelings, emotions and wants from you. Is it her birthday? She will still expect you to remember and celebrate with her. Is it Valentine’s day? She will still want to go on a date with you and bring her flowers.

Going out on a date with an older woman does not have to be too boring and serious. She is still a human being who wants to have fun. These tips to dating older women should help you get around your first date with her and even get a second date.