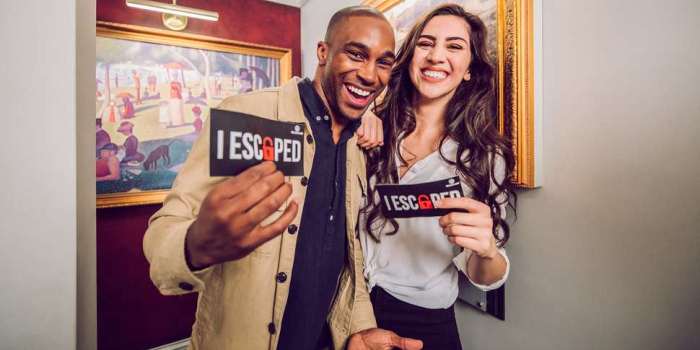 Single in Las Vegas. If you’re without a love this Valentines Day, you’re far from alone. They say Vegas is one of the hardest places to meet people. Despite the terrible odds, it could take only 8 minutes to make a love connection. A new concept called 8-minute dating has found it’s way here and like playing the slots, sooner or later, you might hit the jackpot.

Lori is getting ready for a date, only this isn’t just any date. She’s going on 8 dates in one night! “I’m kind of a little nervous about the whole evening,” shares Lori. “I’ve never done anything like this before.” Not many have. It’s called 8-minute dating. 8 dates. 8 minutes each.

Laura Fadgen is hosting Las Vegas’ first 8 minute dating event. She told News 3, “It’s more fun than sitting in a bar waiting for someone to come up to you, and if you don’t like them, you don’t have to see them again. It’s going to be musical chairs. We’re going to give you 8 minutes, ring a bell, and tell you to go to the next table.”

Lori and another volunteer, Henry, are letting us follow them through the night. Henry shared with us, “I’m the type that likes to try new things. If it works, it works. If it doesn’t, well, at least I tried, right?”

Henry spent time quizzing one of his dates and found they share a common interest – working out. He told his date, “I actually bought one of those bo-flexes.” Lori, on the other hand, found herself on the other end of the questioning. Her date says to her, “Why don’t you just tell me what you want me to know.” To which Lori responds, “Oh, that’s good!” Between dates, Lori, Henry and the others wrote down their impressions.

If you hit it off with someone, the next step is logging on to your computer, entering the names and numbers of the people you’d like to meet, then wait for the reply. If you match up with anyone, 8-minute dating sends you their email address.

We caught up with Lori and henry at the end of the evening. When asked what she thought, Lori told us, “It was great. I had a really good time.” So was there anyone she met she’d like to go out on a date with? “Sure, there were a couple people I met that I thought would be fun to go out with again,” says Lori.

We checked out Henry’s notations on his card. He wrote about his first date Denise, “Very easy to talk to, very pretty eyes.” Henry told us, “I felt really comfortable talking to her right away.” We asked Henry if 8 minutes felt like an eternity or went by pretty fast to which he replied, “It actually went by fast. After you were in the conversation for that 8 minutes, after you were done, you were like, is it over already?”

Despite the good first impression, Henry picked ‘friendship’ on all his dates. But he’s not giving up on making a love connection. “I would definitely do it again, and I hope it will be around to do it again,” says Henry.

Lori and Henry both shared they like the privacy 8-minute dating insures – no exchanging of last names, email addresses, business cards or phone numbers. It’s against the rules. Participants just wait until they get an email back.

The cost of the 8 dates is $28.88. The next 8 minute dating event is February 11th so that as Laura Fadgen says, “Everyone can have a date for Valentine’s Day.”

How To Make Love Without Intercourse

5 Tips For A Happy And Satisfied Married Life!